This area is for discussions involving any fusion related radiation metrology issues. Neutrons are the key signature of fusion, but other radiations are of interest to the amateur fusioneer as well.
Post Reply
8 posts • Page 1 of 1

This is slightly off topic fusor wise, but thought it would make an interesting little side experiment. Being a bit of a fan of film photography, both the modern and wet plate collodion (very messy) wanted to see if I could capture some of the fusors X Rays on film.

Normally you use specific X ray film with proper emulsion layer that blackens in response to the light from the intensifying screen, with different types of film for different contrast needs.

With enough X Ray intensity though, regular high speed film should work. I had originally intended to use a sheet of large format film and an intensifying screen, stuck together in a dark bag. The the bag would be placed near the fusors viewport, with an object to image in between, I would then develop the film as normal.

However, came up with a much simpler method using Polaroid film (the relatively new "impossible" stuff with an iso of around 400). These film cartridges contain 8 frames and the process was as follows:
-Run cartridge down to 2 remaining frames and remove from camera. Frame number 7 is sacrificial as its going to get exposed to the light as soon as its removed from the camera. We are just using it to block the normal light.
-tape cartridge to viewport of fusor
-exposed with x rays at 60k CPM for 22 seconds, 31kv voltage (obviously behind a shield)
-put cartridge back in camera, frame 7 will eject automatically.
-Take photo with lens cap on, with minimal brightness. Frame 8 will get developed as it passes though the cameras rollers.

Considering I completely guessed the timing, surprised it produced an image of the viewport first time. I will try next with some kind of subject matter in-between like some potted electronics. 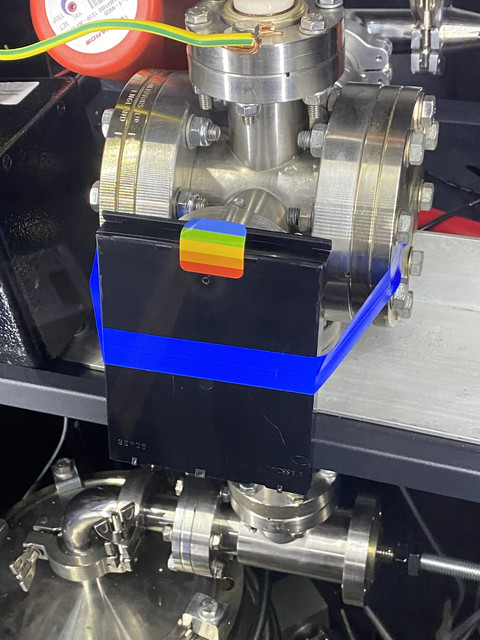 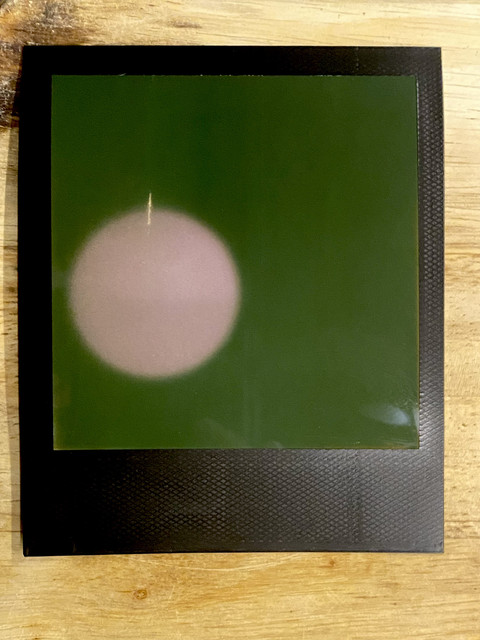 Nice work. You might be able to make a rudimentary x-ray camera to see some of the electron dynamics: viewtopic.php?p=82268#p82268
Top

Liam thank you I had not seen that post, how interesting! It's not very clear in the photo but in person you can see a darker line, which is presumably where the grid is.
Top

4000 is some fast film for 4x5. Current stocks on hand are a mix of illford 400 and various C41 colour films or E6 slide stuff, again fastest is around 400. The instant stuff is expensive at over £1 a shot, but hassle free.

My usual collodion process, using my 120 year old camera gives a really fine grain but with a speed of around ISO1!

I'll have a go at making a simple pinhole camera using a thick metal plate to attempt to focus the X rays and will report back.
Top

A pinhole doesn't focus x-rays. It acts somewhat like a lens, mapping linear coordinate to angle and back to linear coordinate on the sensor (x -> theta -> y). It is completely analogous to a pinhole camera that is/was occasionally used in photography.
Top

Yeah focus was a poor word choice on my part, I was thinking in photography terms rather than actually whats happening. I get that a pinhole maps a 3D image onto a 2D projection i.e. the sensor, obviously its not actually a lens.
Top
Post Reply
8 posts • Page 1 of 1