Every fusor and fusion system seems to need a vacuum. This area is for detailed discussion of vacuum systems, materials, gauging, etc. related to fusor or fusion research.
Post Reply
6 posts • Page 1 of 1

Recently I was fortunate enough to have snagged an oil diffusion pump and ion pump from my university before they were thrown away for scrap. According to members of faculty that had used the equipment before being made obsolete both pumps were in working order. My first order of business is to find documentation on both pumps before trying anything but have been having a heck of a time doing that. I know the manufacturer is JEOL but for the life of me can't find any documentation online. Tomorrow I plant on hunting down what equipment they came off of I'm suspecting a TEMS but can't be sure.
Is there any recommended or go-to places online to look before calling JEOL for old documentation?

The ion pump is with me here but I won't have the diffusion pump until tomorrow sometime.

Regardless, I can barely contain my excitement and will be floating on air for the next week or so 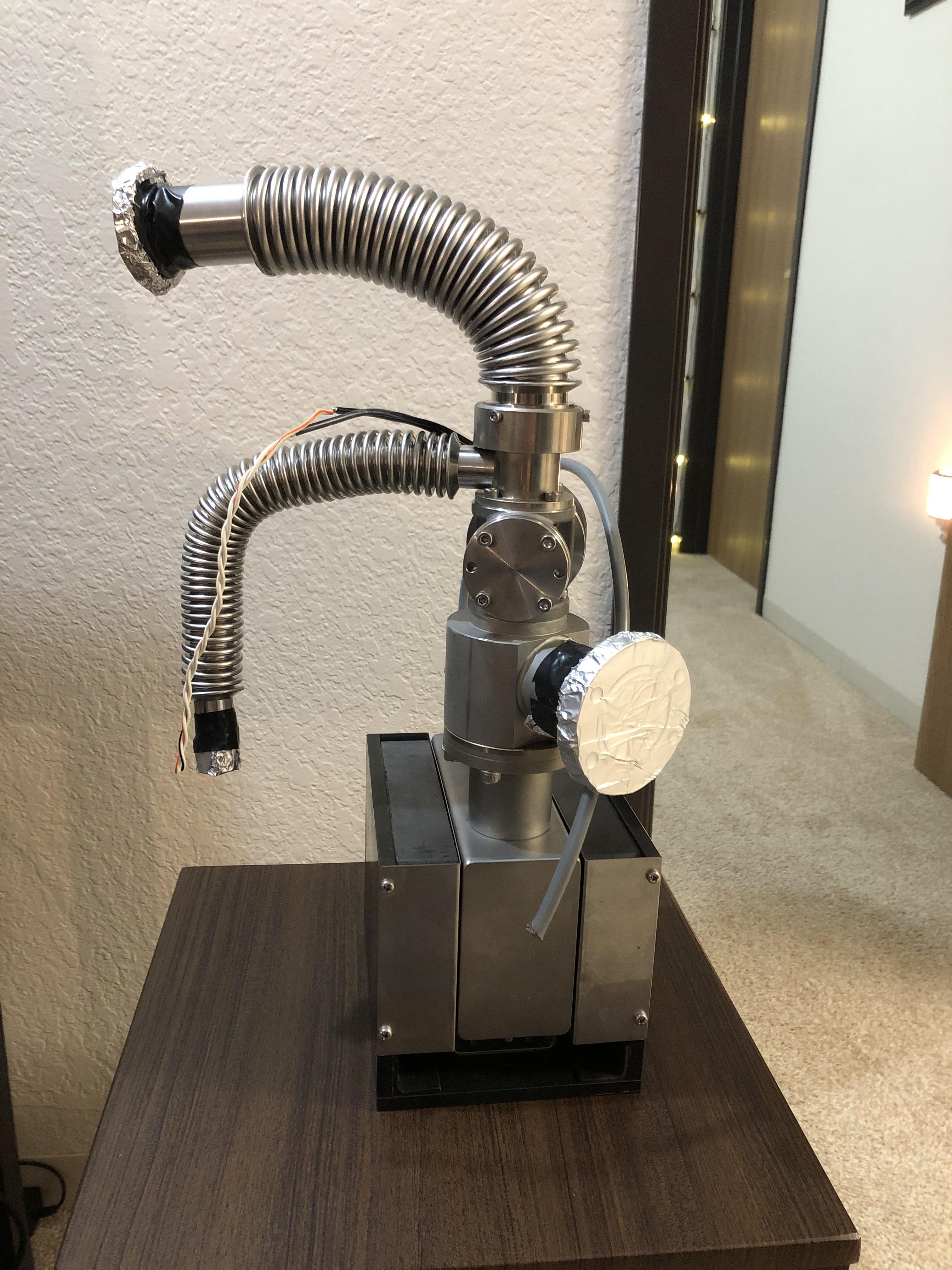 Looks like an ion trap with those healthy ferrite magnets.

Yup, thats an ion pump. Probably came off a field emission SEM. Good for getting down to really low which the field emission emitter needs to live happily. Unless you plan on building a UHV system I would probably sell the pump itself on ebay.

JEOL probably wont give you the time of day and they generally keep all documentation locked up. All of their stuff is custom to their systems with the exception of turbos which they dont make, they generally use Seiko mag lev pumps. They do build their own diff pumps though. One thing to watch out for it they do use japanese standard 100/200v so if you run on 120/240 you will run hot. The power supply unit for the SEM has autotransformers to handle this, all you need is a little buck/boost transformer to buck the voltage down.
Top

Thanks for the response (and an apology for my sporadic response times). While talking to my advisor, who's shown a keen interest in this project, he as well mentioned that historically JEOL has been quite difficult to work with and in cases like this would likely not even bother with a response. To my, and everyone else's surprise I sent an email to JEOL this morning 8am my time and received a response by 1pm, incredible on it's own. What's more shocking is that while they didn't release documentation (JEOL doesn't make the vacuum and the company that did is out of business) the technician I was in contact with divulged all the information he had on the subject. At risk of violating forum policy I'll quote some of his email below.

There were two parts to make it work. This was the mechanical items (ion pump and mounting hardware), and there was a power supply with the cable

I looked and only found a page describing which options were available. It is the third one down 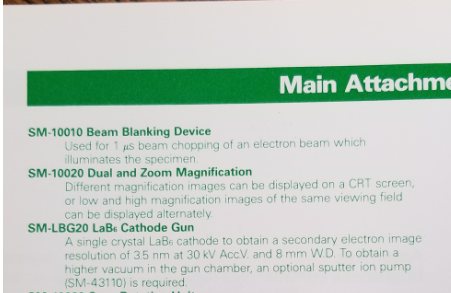 This pump was made for JEOL by a company in Japan who is no longer in Business. I am pretty sure the power supply put out 6 KVA max. Current draw was dependent on the vacuum level.
"

After the initial email we go back and forth for a while, the whole time he offers tips and explains some UHV concepts and is incredibly helpful and nice.

Now the bad news, the pump itself seems to have been at atmosphere internally which according the the tech would require a rebuild, he recommended a company in the US that has historically rebuilt these pumps but made note of the cost fast approaching non feasible for what I was doing. He then however goes on to note that the oil diffusion pump should create the same amount of vacuum as the ion which is good news.

So all in all I've found a contact person at JEOL along with at the very least scoring some very nice magnets, housing, and a high vacuum valve.

I will keep everyone posted about the oil diffusion pump and will either make a new thread regarding it or find a pertinent pre-existing thread to share in.
Top

Nicholas Gordon wrote: ↑
Wed Jul 29, 2020 2:17 am
He then however goes on to note that the oil diffusion pump should create the same amount of vacuum as the ion which is good news.

This is not true! The ion pump is UHV, it can make extremely low vacuum without oil dirt. A diffusional pump is a "rubber" vacuum - it will never make a vacuum like an ion pump. Therefore, ion pumps on copper UHV seals, and diffusion pumps on viton
Top

Interesting, I'll keep that in mind. Thanks again to everyone for the tips and insight, so far this has been a wonderfully welcoming community eager to help.
Top
Post Reply
6 posts • Page 1 of 1